It can take a long time to diagnose an ependymoma.

For a quick read, check out the newspaper article about the "mystery" of my health problems leading to my diagnosis in April 2000: 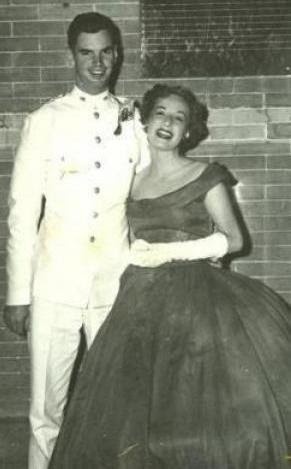 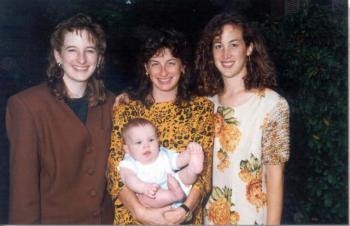 For several months while developing unusual symptoms, I saw my primary care physician regularly before seeing a different doctor, Dr. Cliff Henderson, with a fresh set of eyes - he sent me directly to the emergency room.  I was told that I only had six weeks to live unless the tumor was removed right away.

It is important to describe the symptoms of an ependymoma but unfortunately when anyone reads this page, he or she probably will have already been diagnosed - and probably after a similarly long and frustrating time as I had!  The truth is that as a healthy young woman I never suspected that something as serious as a brain tumor could be the cause of my ever-escalating problems.  I was just going along trying to manage an increasingly unmanageable problem.  One doctor suggested that I was "stressed out" from my business school coursework.  Well, I was "stressed out" - I was dying and I didn't even know it!

Nausea and vomiting, especially in the morning upon sitting up in bed, are two very common symptoms of an obstruction in the fourth ventricle.  The urge to vomit is due to the build-up of the pressure in the brain caused by the tumor blocking the inside of the ventricle.  This was my most prevalent symptom.  It happened six months before diagnosis, then went away for a while, then happened almost daily.  The tricky thing about diagnosis is that there is nothing wrong with the patient's stomach - rather, the problem is in the brain - and that can lead to some off-target diagnoses and treatments.  For instance, I was told I had GERD, had an endoscopy, changed my diet, took Prilosec for months - all for naught.  My weight dropped during this time and I grew weaker and weaker.
Headaches can occur with an untreated ependymoma, though I never had one with my first tumor.
Days before my diagnosis, I developed uncontrollable hiccups.  I also began to have trouble swallowing liquids. (Interestingly, after my first surgery one of my main problems has been swallowing liquids - this ended up being both a sign of the tumor and an effect of its removal.)
My blood pressure went sky-high and I was unable to put my head down without throwing up. On the day I went to the emergency room, I was unable to walk without holding on to something.  I had an "ataxic gait" which meant I was walking in a staggered, irregular, unsteady manner.
I never had any cognitive deficits prior to diagnosis such as problems concentrating, reading, reasoning, speaking or remembering things, though as I became sicker physically I became increasingly desperate and scared.  The lack of "brain symptoms" is typical of fourth ventricle tumors because this area of the brain controls the vital physical functions and it doesn't have anything to do with your cognitive abilities.
Some people develop hydrocephalus (fluid back-up in the brain).  Removing the tumor and/or inserting a shunt to relieve the fluid buildup usually resolves the hydrocephalus.  Seizures can also occur particularly if the tumor is above the cerebellum.
Diagnosis

My first tumor was diagnosed by two alert physicians, one at my student health center, Dr. Cliff Henderson, and one at the emergency room, Dr. Maurice Murphy.  An MRI, the main way to diagnose an ependymoma prior to surgery, confirmed their suspicions.  This is a painless (though sometimes unsettling) procedure that produces a picture of the inside of the head using magnets and radio waves.  The MRI scanner creates a strong magnetic field that causes the atoms within body tissues to align. A radio wave is directed at the head, triggering the atoms within cranial tissues to emit radio waves of their own. This returned radio wave creates a signal that is detected by the scanner. The scanner sends the signals to a computer, which processes the information and compiles it into a 3-dimensional image. MRI scans can see through the skull bone and provide clear, detailed pictures of brain tissues.  Ependymomas nearly always "enhance" after the gadolinium dye or contrast is injected into the patient.  This means that the more vascular the tumor (which is typical of an ependymoma), the more likely the dye will cause it to show up on the MRI.  "Enhancement" refers to leaky blood vessels associated with the tumor absorbing the IV contrast.  Typically it indicates tumor but it can show other abnormalities too.
A radiologist friend explained an MRI as a "meal composed of several recipes."  The impression or findings is the meal, and it is composed of several recipes or protocols that radiologists have developed to gain the best views of the brain.  On an MRI report you will see words such as "Sagittal T1," "Axial T2," "Axial FLAIR" - these are different "recipes" or techniques that are part of the MRI.
The emergency room doctor prescribed an MRI for me;  8 hours later I had my diagnosis from the radiologist and neurologist.  Valium stabilized my symptoms immediately, a huge relief.  To wake up without throwing up was great!  Even though I had just learned I had a brain tumor, at least my worst symptoms were finally eased.  Following appointments with two neurosurgeons, I was operated on 13 days after diagnosis.
What I learned...

My family and I felt frustrated during the six months that my tumor went undiagnosed.  I didn't realize I was so sick because not only would my symptoms come and go, I forced myself to get through the worst of them each morning and by the end of the day after being upright I always felt better.  Afterwards, knowing I had an ependymoma, it was so simple to see all the symptoms.  In fact, even in February 2000, a friend showed concern that I had lost so much weight.  The week of my diagnosis, my family began calling student health urging someone to look further into my symptoms.  By that time, I was really too sick to be my own advocate.  My sister accompanied me to the health center and she insisted that she speak privately to a different doctor.  She was relieved when he listened closely and then said, "there is something gravely wrong with your sister and I have called the ER doctor for her immediate admittance."  My story highlights the need for every patient to have an advocate.